In route to Italy, I first landed in Munich and Berlin- both new cities for miss curious! Germany was shocking in so many ways in terms of efficiency, accessibility and style of living (in comparison to Italy). I know not one lick of German, and there was little time to learn key phrases before I left. Life before leaving was like trying to escape bowels of fire while trying to keep my body in one piece. It seems that many Germans speak English and I felt I’ve done my duty as a traveler by learning at least one, albeit somewhat useless, European language. I was also visiting friends who speak German so I felt like I could get a bit lazy. I will say, on one day that a friend was at work and there was a desperate jet-lag inspired need to find a coffee shop which I expected to be on every corner like in Italy, why I expected that I don’t know. Rather, you should expect to find a Bierstube on every corner. Anyways, so like a complete child walking around streets, which I can’t read or pronounce, looking for a coffee shop. So what did I do? I stumbled into an Italian resto and asked the guy, in Italian, where one could find a coffee. He put me in the right direction but also very confused I imagine, that some random foreigner with an American accent is asking him directions. So I guess Italian is not all that useless outside of Italy:)

In Germany, I got to enjoy some dirt cheap beer that you can walk in the streets freely with, fantastic hendel (roast chicken), fresh warm PRETZEL, Bavarian yogurt, falafel + doner and my then obsession: WIENER ART! Okay, so I am pretty childish. I was obsessed with the word “fahrt” and “wiener” which are on signs everywhere in Germany because “Fahrt” means journey, way, via, pathway, etc. And Wiener…I don’t know all I know is that it’s a type of Schnitzel. And it’s not a hot dog- but rather like a veal cutlet. So I tried to take shots of any signs I caught with those words so I could create a “bloggage.” A food I did not enjoy was beef phở bò at a Vietnamese resto. It was not as cheap as in the states (considering the currency) and it was salty, void and empty of ingredients. Jagged thin short slices of chewy beef and cilantro that was just thrown in with some spaghetti noodles. My pals got some sort of coconut milk based curry noodle dish that seemed worthy, but I felt duped and naive to have expected consistency in beef phở in Germany coming from Seattle where phở’ is pretty damn good. Something to note about eating in Europe is that you have to ask for tap water explicitly to avoid getting charged for bottle water. So here I asked for tap water and they brought out water practically in shot glasses. When we asked for more, like 2 seconds later, they said the policy was one per customer. Jerks. I totally am trying to overcome the whole American customer service/entitlement thing since that doesn’t exist anywhere else, but I find it truly rude when people get cheap and stingy providing basic human necessities like water and using the bathroom- especially if you are a paying guest! Arg! Anyway, another thing I noticed in Germany is that they love Italian food. I was boycotting Italian food as long as I could since I knew I was moving there and in Italy the restos mostly serve – you guessed it: Italian. So it was actually pretty hard to avoid Italian food in Germany, but I still managed to get some German/Italian fusion pizza at a sweet place in Berlin. Also worth noting, Germany is famous for it’s white wines- especially Riesling. And I was lucky to find a wine on tap shop that not only had several German whites but also of course Italian reds for like 3 euros a liter! This shop,called Vom Fass, also had several barrels of whiskey on tap straight from the ageing barrel as well as dozens of flavored liquors! Oh man, I wish they had something like this in Italy! (or the U.S. for that matter!)

Enjoy the sights from Monaco and Berliner- baby! 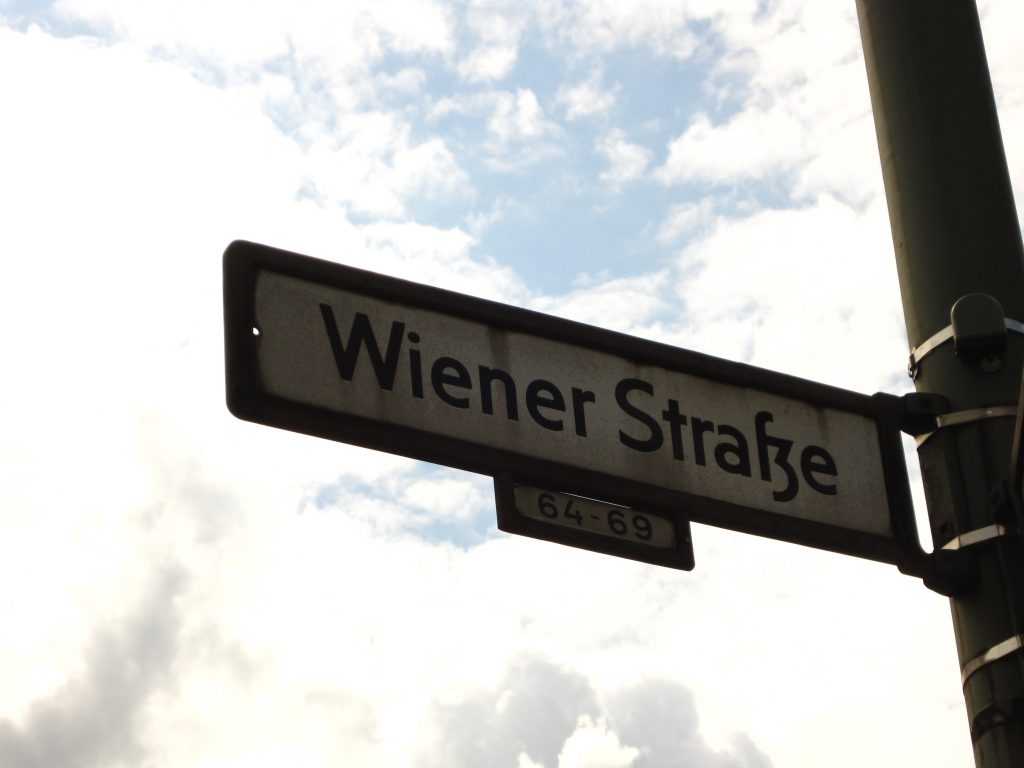 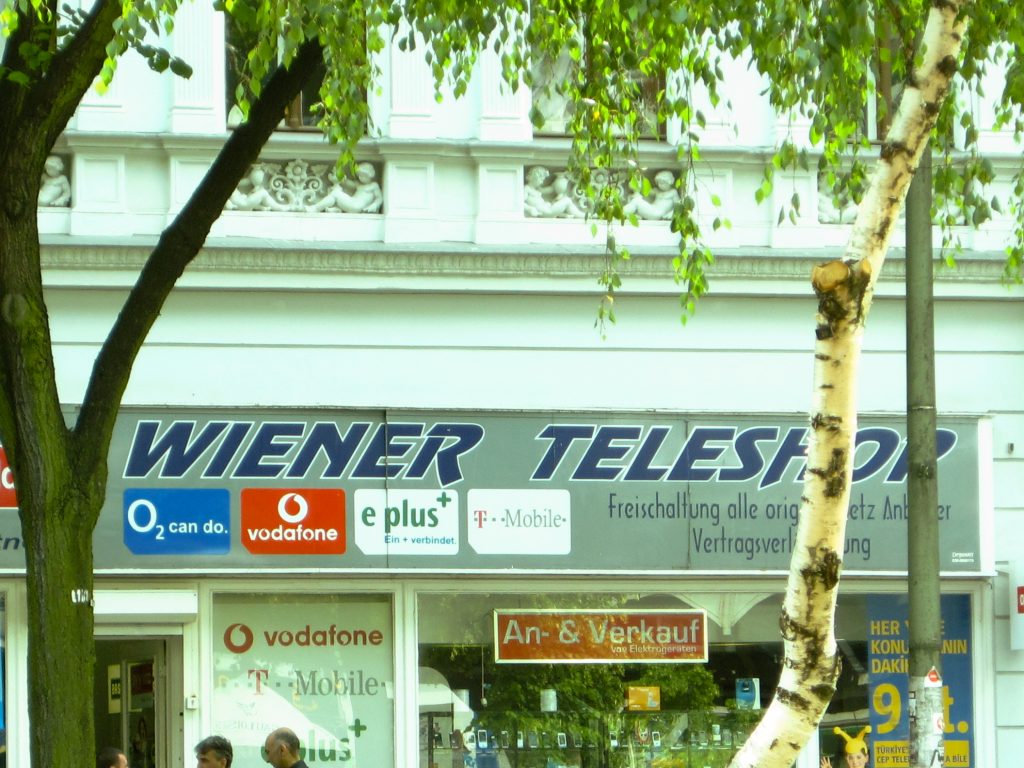 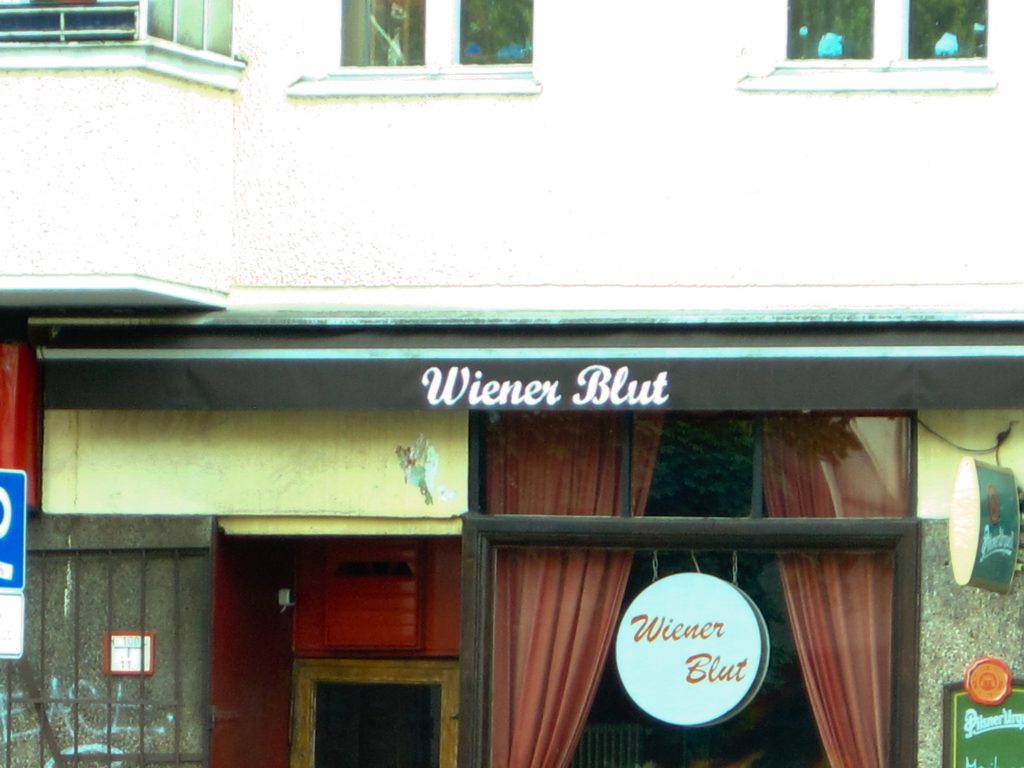 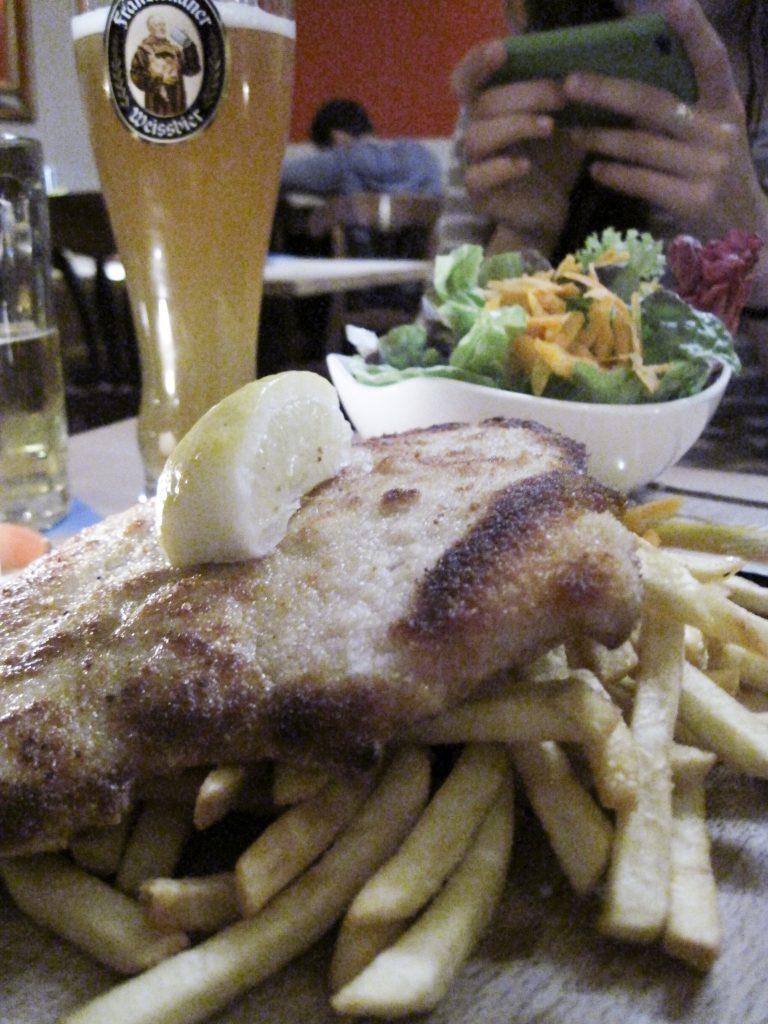 Halben hendel (half roasted chicken) and fresh pretzel +more beer in one of Munich’s many beer gardens (cost? like 6 euros each!) 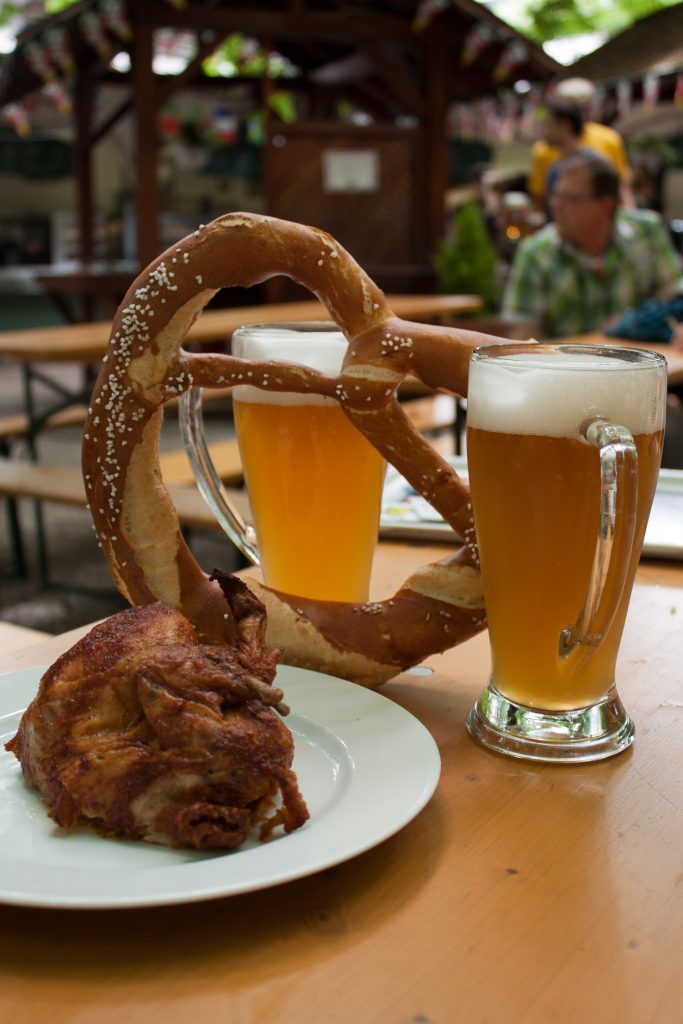 A night of Mexican food- actually more descent that I expected! 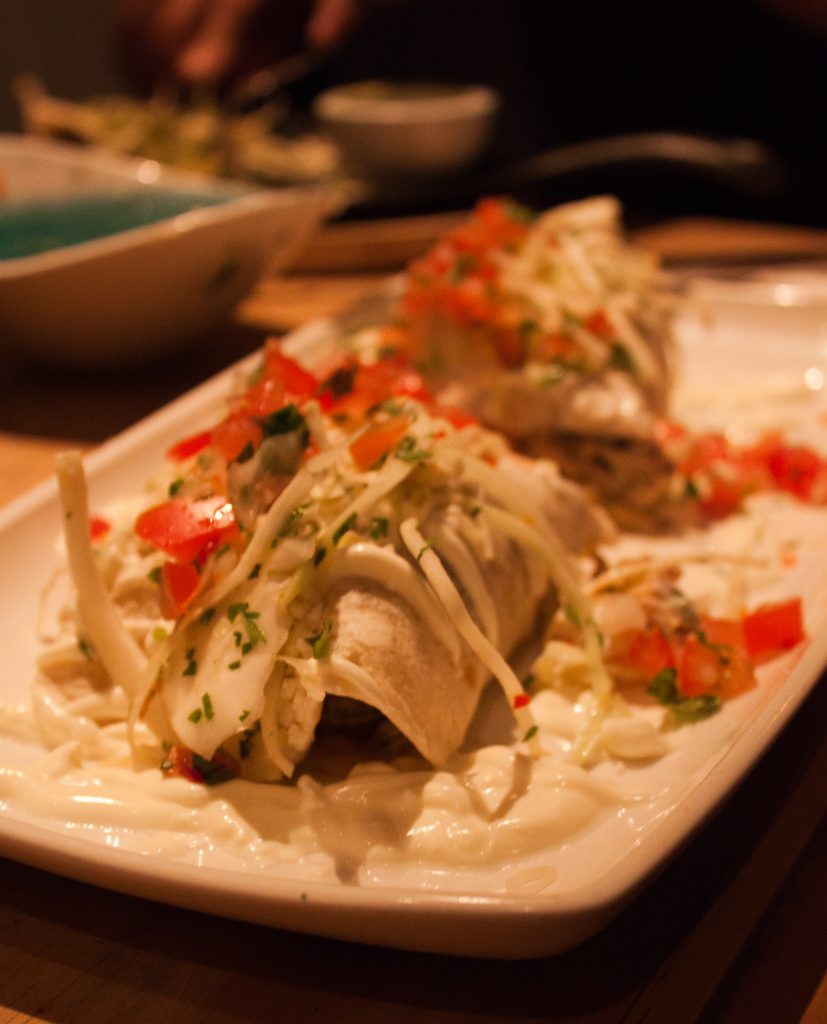 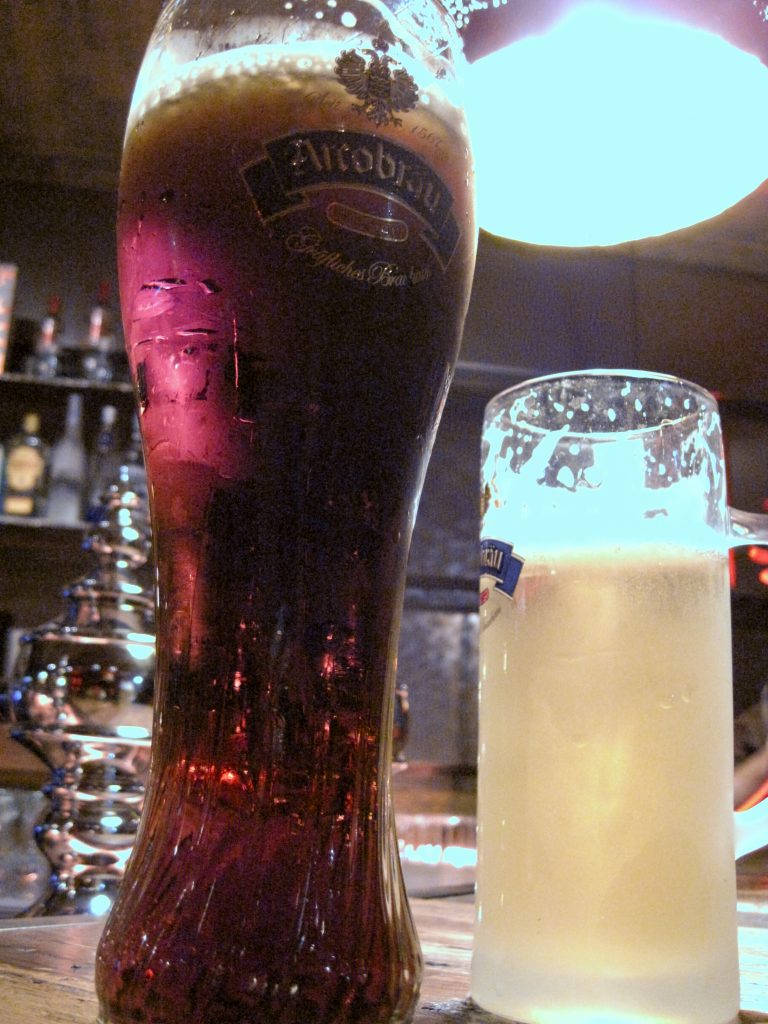 Whiskey and wine on tap! 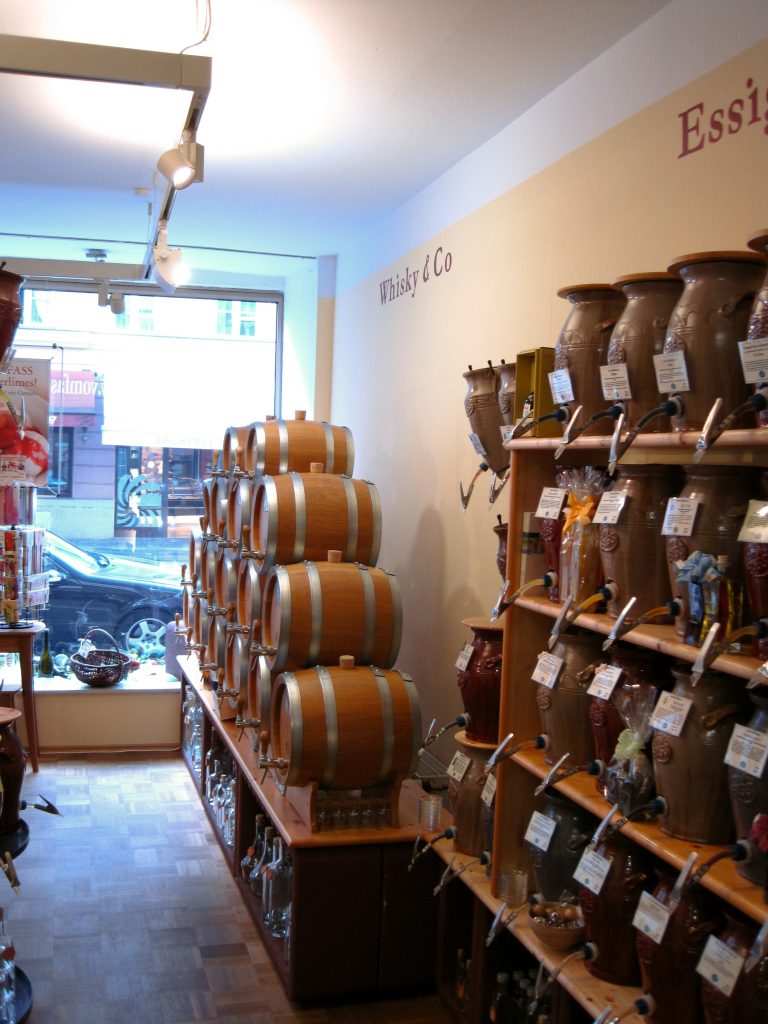 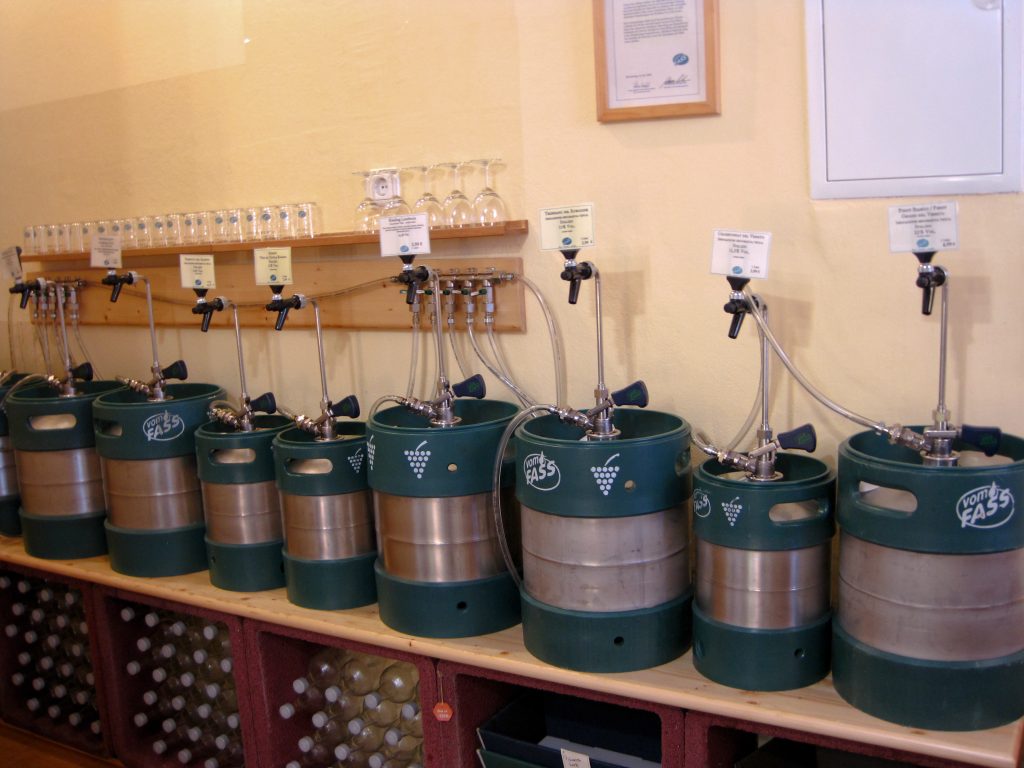 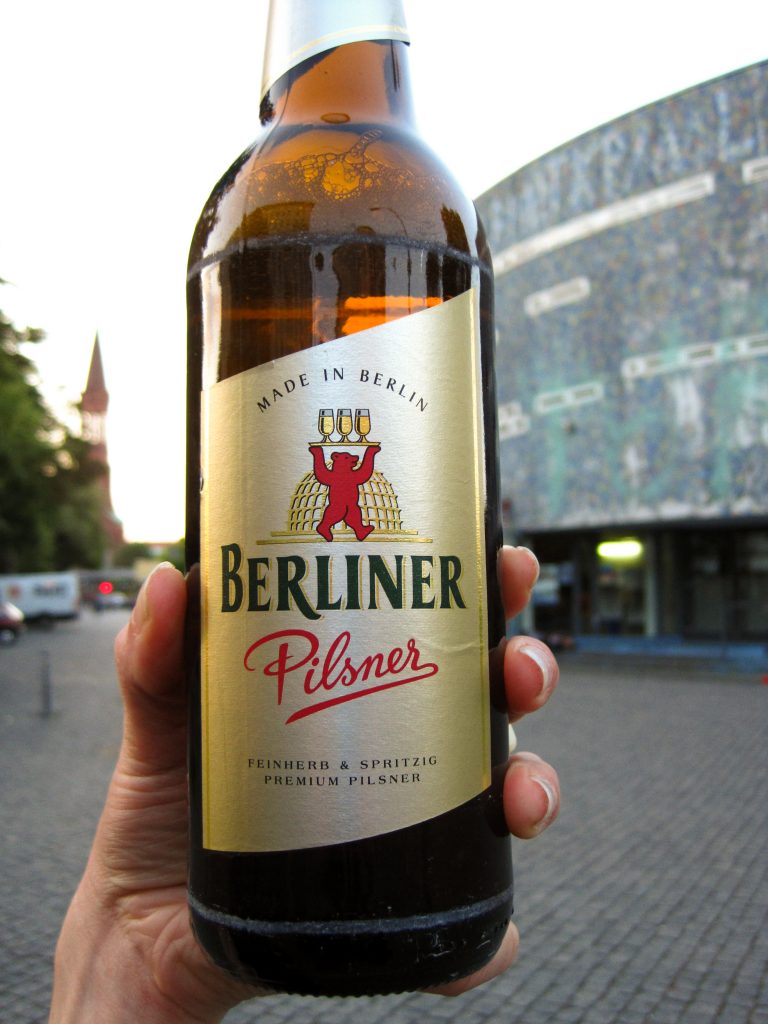 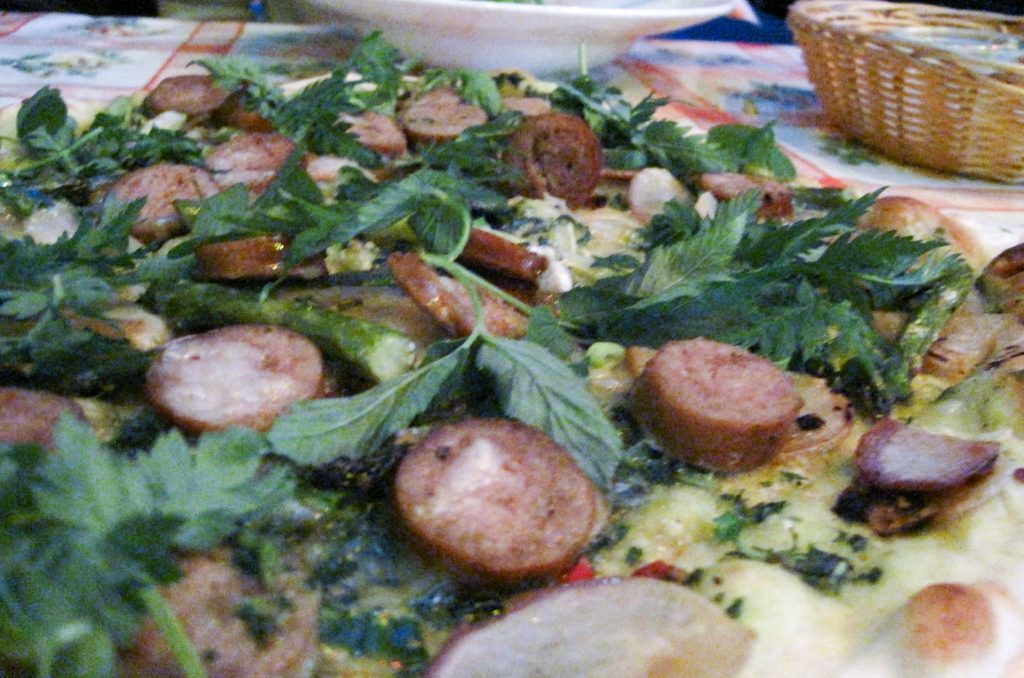 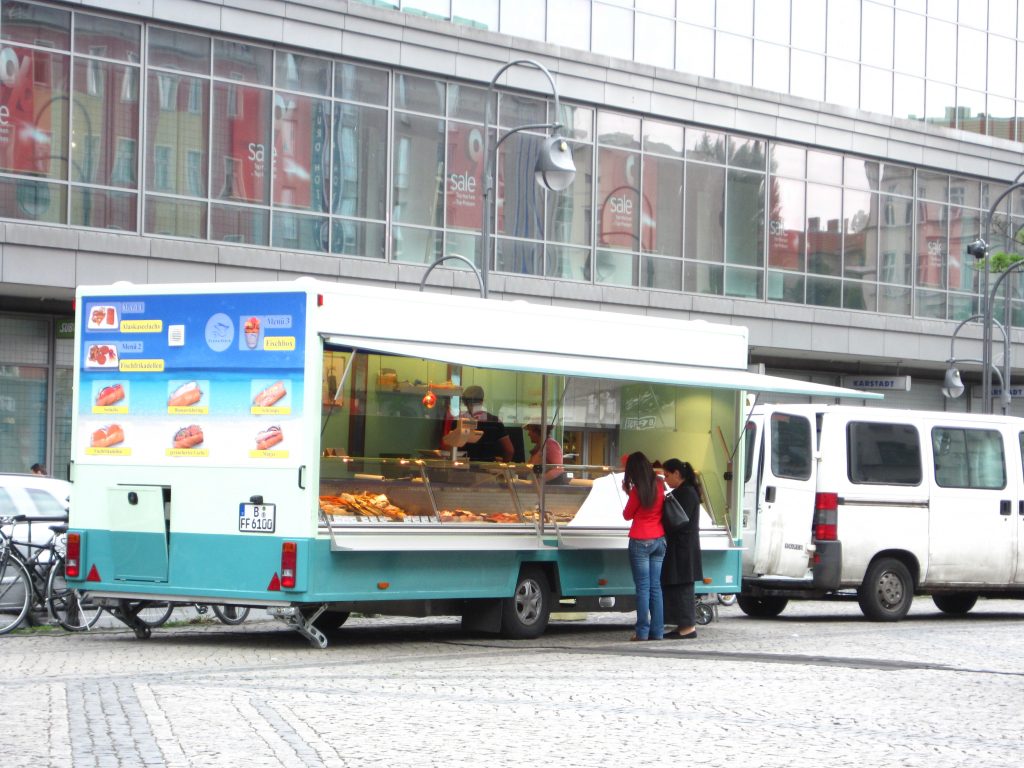 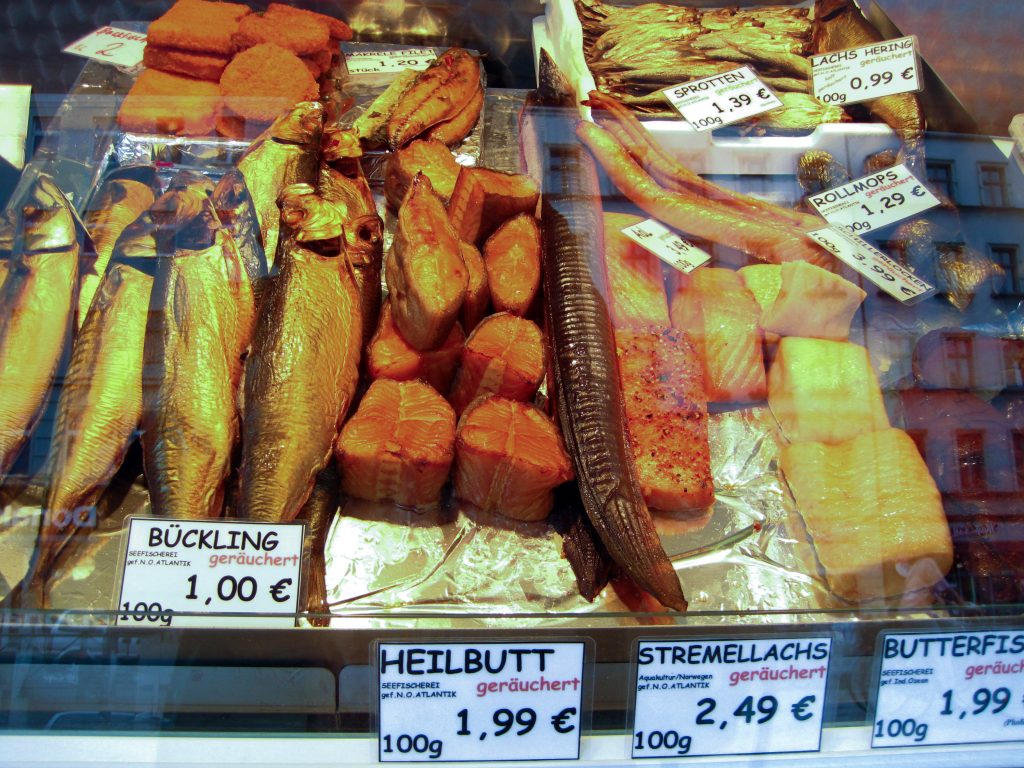 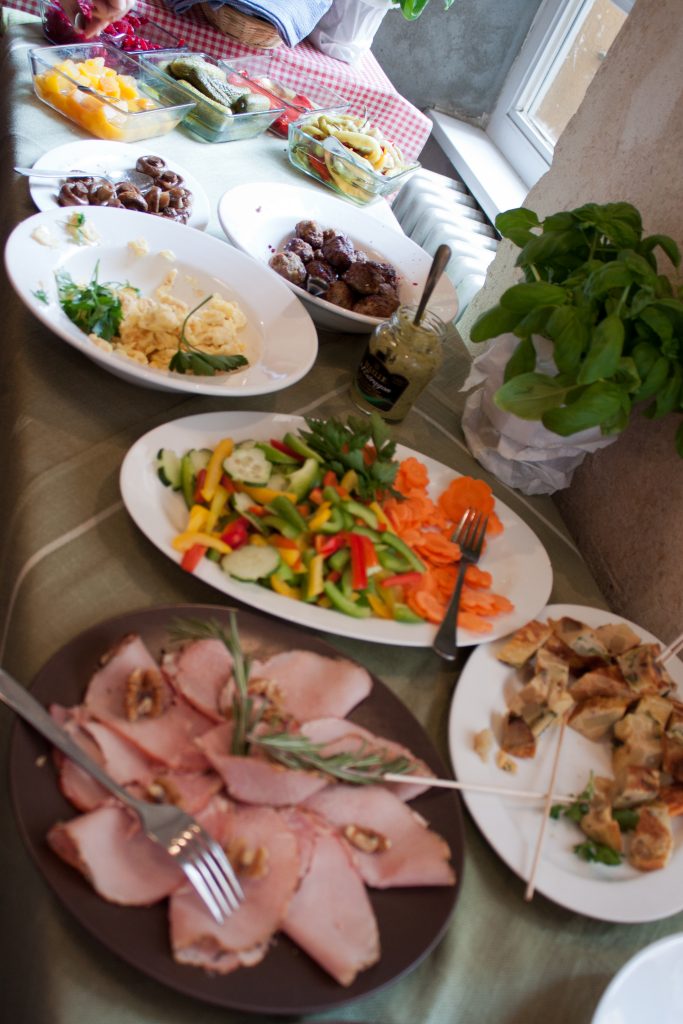 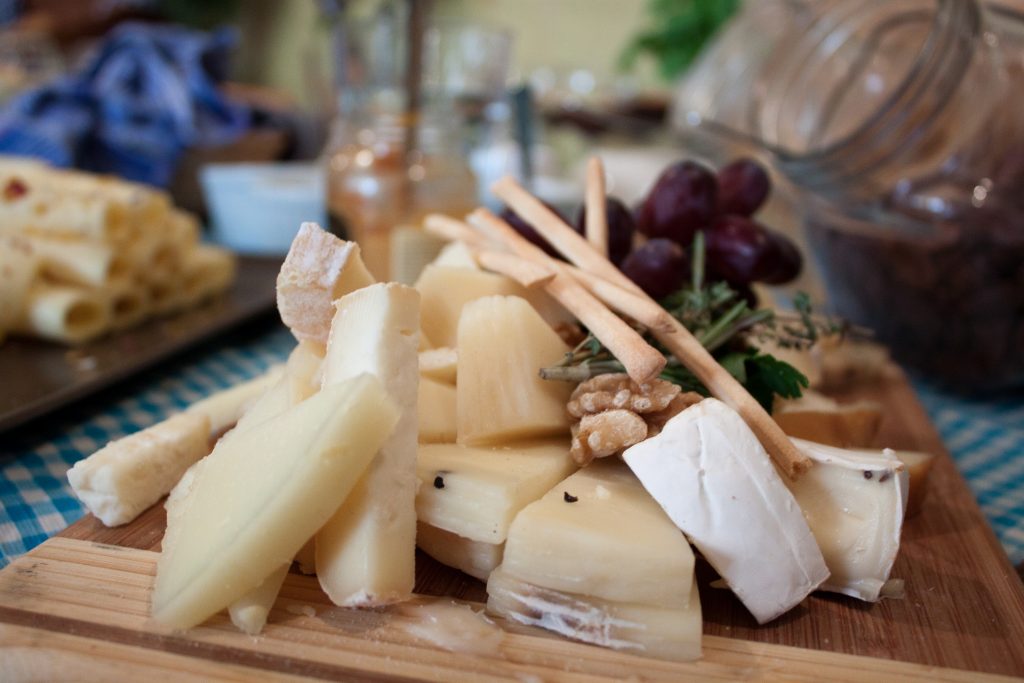 CREPE! (chocolate pudding in the backdrop!) 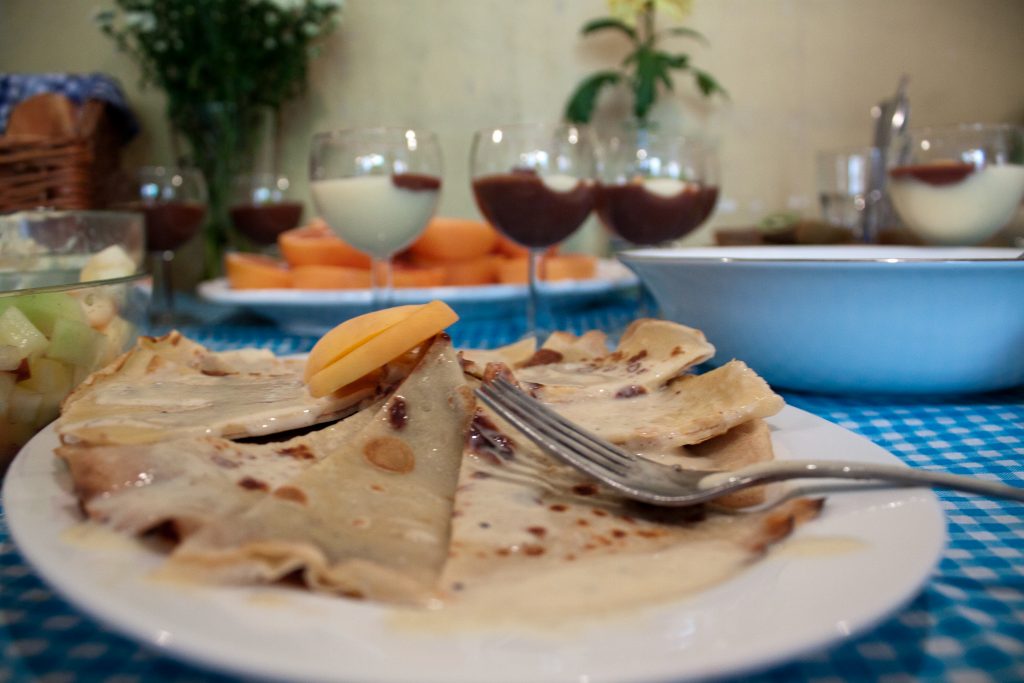 In the last few months, I sort of dropped off from updating posts and such. I was definitely out and about tasting curiously around Seattle- but I also was preparing for the biggest move in my life. Long story short, I got up and moved to Italy. Or at least I will try to. I always dreamed of one day living in Italy for more than just a few months as I had done in the past and now I discovered an opportunity of a lifetime to help me get started on that desire. I have been taking food and wine pairing courses at South Seattle Community College (Northwest Wine Academy) and I applied to a summer program in Italy (that my school works with for “study abroad”) to do a course on Italian Wines which also includes a hands-on internship. So here I am, in Italy, about to study wine from the masters themselves and attempt to follow my dream to live here. It’s pretty lofty, but what’s the point of living if we don’t follow our desires?

I have been in Germany for the last week and finally arrived in Piedmont which is a sort of hub for all things ‘Slow Food’. And let me tell you, I feel like a kid in a candy store- but in addition to candy imagine 3 euro wine (Piedmont DOCG stars like Barbera, Dolcetto, Arneis, etc) by the liter, buttery burrata , delicious salumi by the kilo and for less than any deal you can try to groupon our way into.

This website uses cookies to improve your experience while you navigate through the website. Out of these, the cookies that are categorized as necessary are stored on your browser as they are essential for the working of basic functionalities of the website. We also use third-party cookies that help us analyze and understand how you use this website. These cookies will be stored in your browser only with your consent. You also have the option to opt-out of these cookies. But opting out of some of these cookies may affect your browsing experience.
Necessary Always Enabled

Any cookies that may not be particularly necessary for the website to function and is used specifically to collect user personal data via analytics, ads, other embedded contents are termed as non-necessary cookies. It is mandatory to procure user consent prior to running these cookies on your website.