My little hiatus from Florence is coming to an end, and without surprise, I have new observations from being in the states to share. Someone recently asked me “do you feel a little Italian or just like an American in Italy?” END_OF_DOCUMENT_TOKEN_TO_BE_REPLACED → 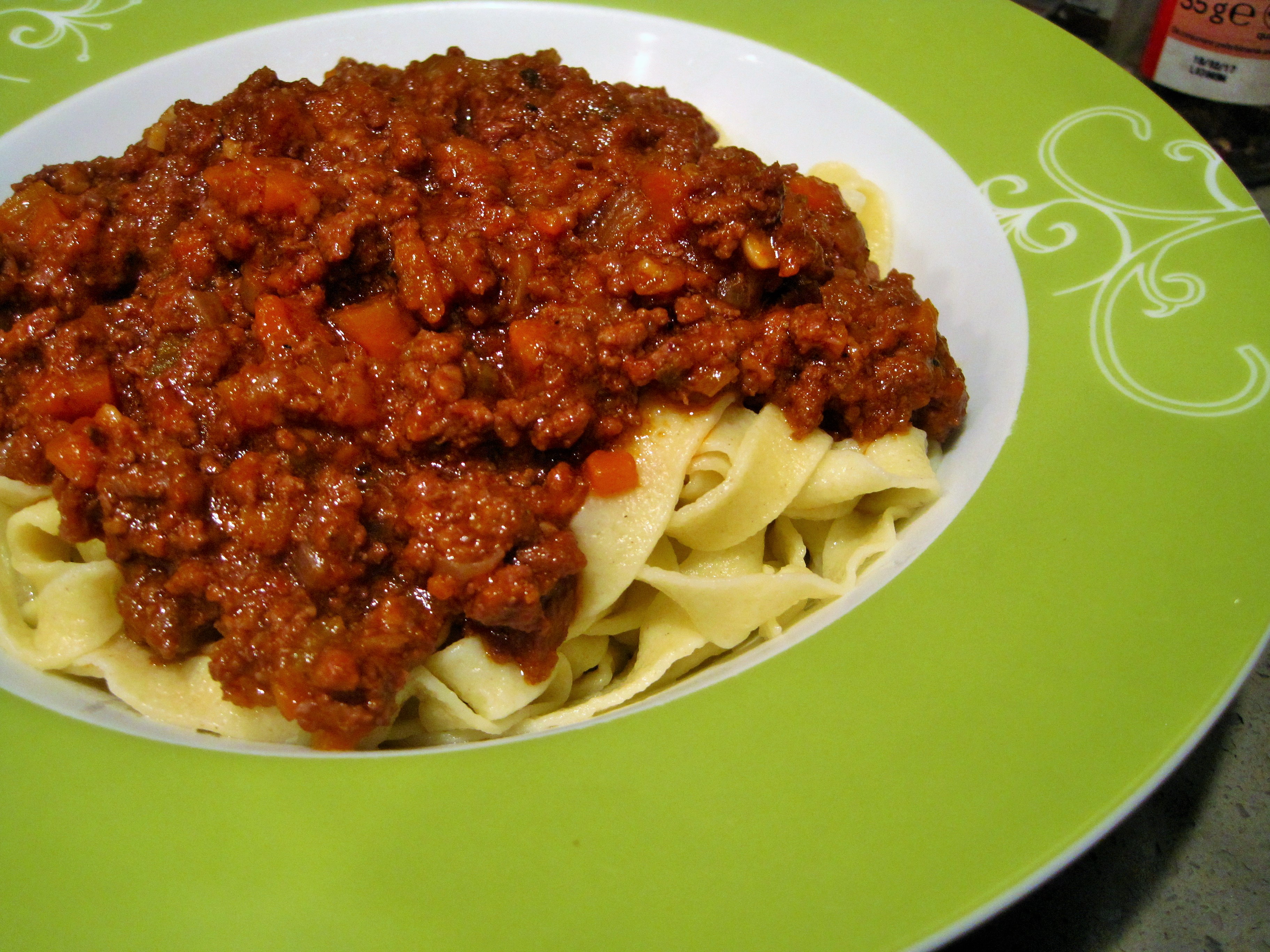 This big ol’ blob of red mush is one of my favorite things to make in the winter: ragu’. When serving ragu’, you “should” toss the sauce with all the pasta before plating. I on the other hand like mixing it all in the serving plate, I guess its that kid in me that enjoys playing with food. Instead of beef and/or pork, I used Elk sausage I found at Uli’s in Pike Place Market in Seattle (since I’m visiting for the winter). Why Elk? Out of curiosity, of course! I’ve been happy with wild boar in the past and wanted to experiment. If you are in Italy, you can try deer or cervo for a similar game-y effect.

Oh! And did you know that there is a deeper meaning to the term: ragu’? According to The Gourmet Wino, “the word ragu is a derivative of the french verb ragouter which means “to stimulate appetite.” In Italy, “Ragu” it is a staple tomato based meat sauce cooked/simmered for hours with celery, onions, carrots, wine and garlic and is traditional to the north of Italy, but also in the central region of Tuscany.”

Regions have variations on ragu’, like in Bologna they are known to add a cinnamon stick to the pot’ o meat and in Tuscany, there are historical variations such as “ragu bianco” which was common during Medieval and Renaissance times, made without tomatoes since tomatoes did not become strongly apart of the Italian food repertoire until later. END_OF_DOCUMENT_TOKEN_TO_BE_REPLACED →

As you may have noticed if you are a follower/reader, I have been writing for awesome publications such as Eater. A most recent one includes a quick run-down on the craft beer scene in Italy and some of the most interesting bottles in production.

Read up on the full story here for eater.com END_OF_DOCUMENT_TOKEN_TO_BE_REPLACED → 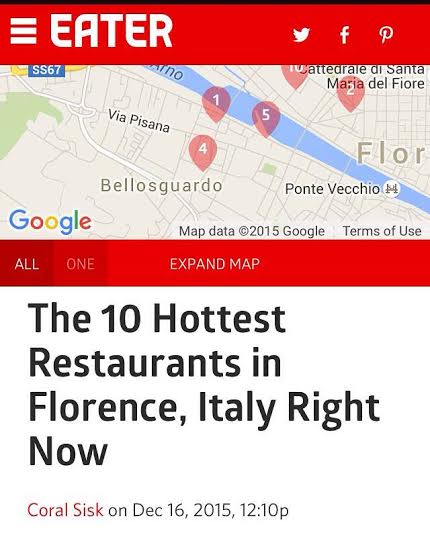 I’ve been a bit busy back in my homeland of America but I wanted to share the latest piece I wrote for Eater.com before 2015 said ciao and closed its doors on existence for eternity. END_OF_DOCUMENT_TOKEN_TO_BE_REPLACED →

This website uses cookies to improve your experience while you navigate through the website. Out of these, the cookies that are categorized as necessary are stored on your browser as they are essential for the working of basic functionalities of the website. We also use third-party cookies that help us analyze and understand how you use this website. These cookies will be stored in your browser only with your consent. You also have the option to opt-out of these cookies. But opting out of some of these cookies may affect your browsing experience.
Necessary Always Enabled

Any cookies that may not be particularly necessary for the website to function and is used specifically to collect user personal data via analytics, ads, other embedded contents are termed as non-necessary cookies. It is mandatory to procure user consent prior to running these cookies on your website.