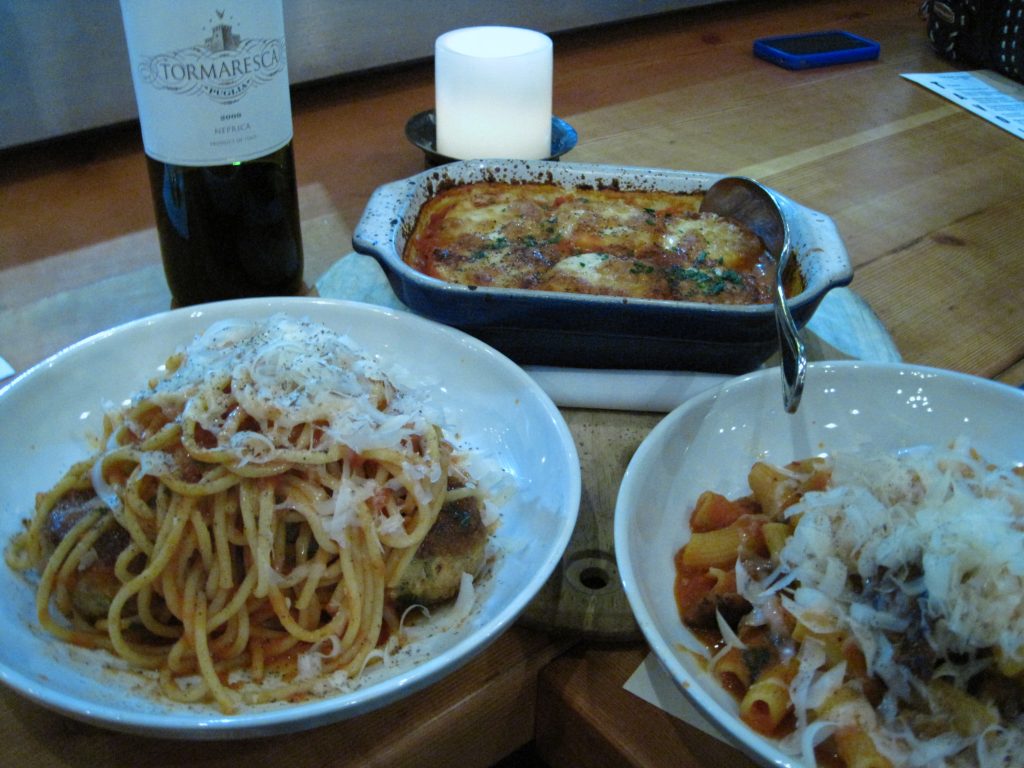 If you are a 1st time reader of my musings, consider visiting the following posts before reading on.

I am a few months into my hiatus from my adopted home that is Florence.  Unquestionably, one of my top activities while “home” is to go out to eat and catch up with friends. I have no idea why, but they usually shy away from suggesting we go out for Italian food. This is pretty ironic considering that I obviously love Italian food but also that I am a food blogger- there has to be the good stuff out there! Besides that, they are right but for different reason. END_OF_DOCUMENT_TOKEN_TO_BE_REPLACED → 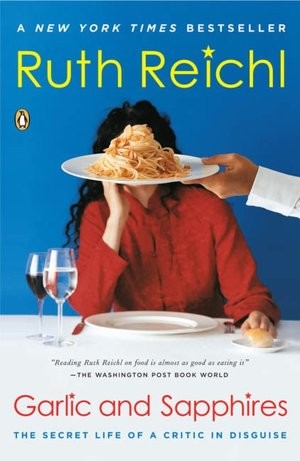 My current read is Garlic and Sapphires by Ruth Reichl, who was the food critic for the L.A. times and the New York Times. I really enjoy this read for many reasons, one is that it was set in the 90’s…the age before food bloggers, popular online publications and before the trend of hipster boutique restaurants. It’s hard to explain and I am well aware of this hypocrisy for slamming bloggers, but I really look fondly upon newspaper journalism and carefully selected (and paid) food critics. Nowadays everyone thinks they’re a chef, a photographer, a critic just because they have a food blog.

Granted, blogs are good and have a purpose, but they also have undermined journalism in a way and undercut the industry because people with little talent and a poor ability to captivate are willing to give their work away for free (or for an “internship”) just for status. The blogosphere and twitter has become a big arbitrary popularity contest. Furthermore, I think this blogosphere culture has created a supply of cheap, search engine optimized information that crowds out talented writers like Ruth Reichl to the point that if she were to have started her career in the age of the blog, who knows if she would have had the same broadcast and reach.

I’m not trying to be the next best blogger or the most read. I just want to blurt out my million opinions about food and dining and I have no interests hiding behind my blog. I can’t say I believe the same for other bloggers who have their page loaded with advertising.

I started reading up on online food critics from back home on at least a newspaper’s website, The Seattle Times and I was reading up on one of the critic’s raving of a new Ethan Stowell restaurant that supposedly is supposed to represent Roman food and derives its style inspiration from the lovely gorgeous quarter of Trastevere. It was quite weird to read some of the comments, being that I lived in Rome (and live in Florence now), I was amused by some of the sincere ideas about food in Rome from this restaurant review by the Seattle Times. I saw a mention of his “Roman street pizza”. Give me a break! I really resent how trendy putting the word “street” onto a menu item has become. I can just imagine all the “ooooh roman STREET pizza- let’s get that!” coos from foodie hipsters and Seattleites. Serves them right to be paying a whopping $16 for a pie which here costs about 5 euros. In my opinion, the pizza in Rome kinda sucks! After reading, I began to wonder how Ethan Stowell got his idea for a posh Italian restaurant chain/empire. I am sure he spent time traveling in Italy, doing research and reading books…but did he really live and breath the air in Trastevere? 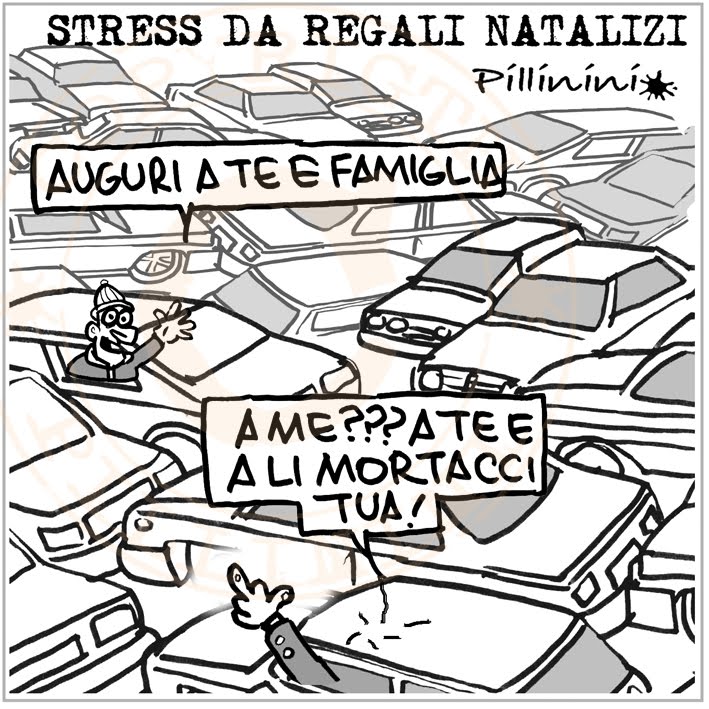 Did he understand the Romans on motorinos howling out mortacci tua! to the insanely packed disorderly traffic jams that make Rome so chaotic? Has he ever eaten trippa alla romana? I don’t even want to start with asking if he knows what lampredotto is. Perhaps he is well informed, but I doubt he even scratched the surface of Italian life. Like most well-off Americans, he doesn’t even know what Italians have to live with everyday. I doubt he gets that the restaurants in Italy that he tries to replicate abroad get taxed to their eyeballs and can’t afford to take on more staff at even poverty-level wages. Meanwhile, the well-tipped staff at any given Stowell establishment I imagine can’t even pronounce conchiglie or most other Italian food terms without a nails on the chalkboard American accent.

And I bet this highly pretentious chain of restaurants can overcharge for Italian-style food without realizing that most of the recipes were originally designed to be filling for Italians in times of austerity, not filling pockets abroad for trend savvy restauranteurs.

But just like the oversaturation of food bloggers and everyone thinking they are as worthy of readership as Ruth Reichl in her days as the New York Times food critic, the chef world has also become undercut with people like Ethan Stowell who think their superficial relationships with Italy can earn them the badge as an Italian chef.

Bar del Corso has been very much the talk of the Italian pizza town since it opened earlier this summer in Beacon Hill. It had been recommended to me by Italians even, so I thought: this must be good. END_OF_DOCUMENT_TOKEN_TO_BE_REPLACED →

Now, you aren’t going to believe this. But I actually chose to eat at an Ethan Stowell restaurant for my birthday dinner, you know, by the Italian-inspired chef I have ranted about for the last year.

I was hopeful, I was curious, I was willing to set aside our differences and sweep it all under the rug. The menu’ looked interesting, with words like $1 happy hour penn cove oysters, apple rhubarb geoduck crudo and marinated radicchio sultana basil smoked mussel salad, how could you blame me?

Lets get started. The “power hour” penn cove oysters were slimy and bleachy tasting. Don’t be fooled by looks. They were more slimy than they were firm. They were more astringent than bright & briney. And they finished more citrus-like than cucumbersome. 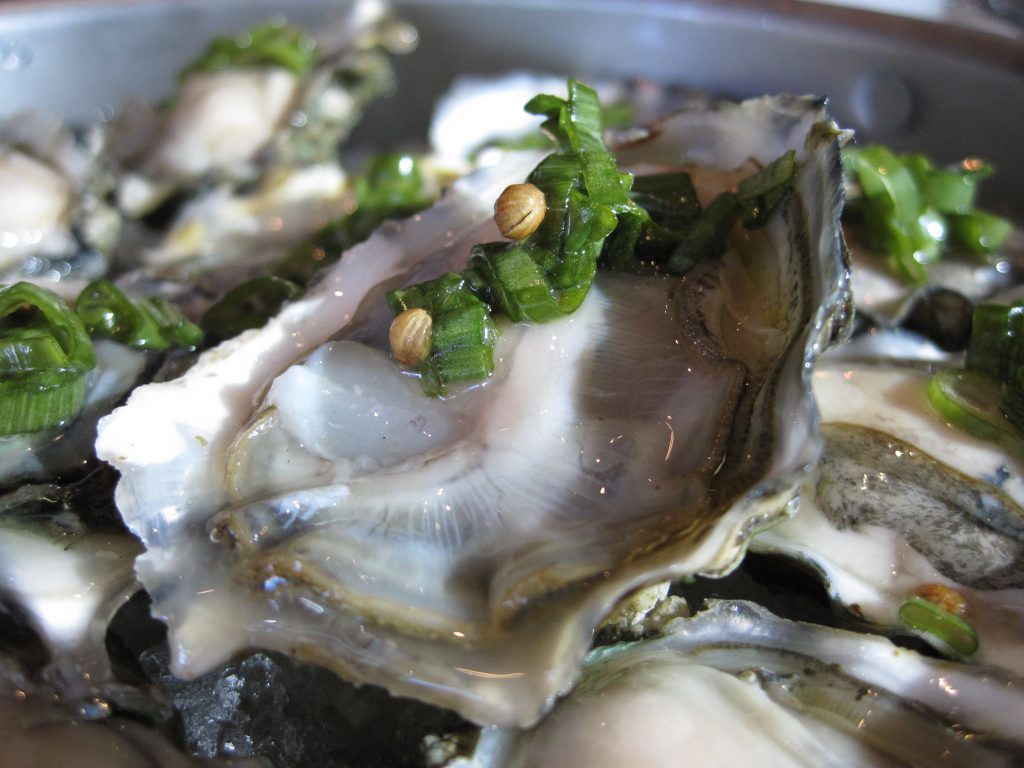