On June 7th, 2011, The Stranger (a Seattle weekly-like free publication but supposedly more alternative)  published its weekly food feature called “The Great Tuna Melt investigation.” At glance, I thought “did they run out of time for the food column deadline or just ran out of good ideas?” But then I read it, as they reviewed…oh say 10 or so restaurants and it was actually quite entertaining and found it rang so true. True meaning that they slammed a place for screwing up mashed up canned tuna by drowning it in mayonnaise thus essentially making a slimy slippery fatty salt-lick “messwich” and then proceeded to call them out for being over priced. It was what I thought all along when it came down to ordering a tuna melt in a pub or any other food joint. Last time I ordered one out was (as a joke) at a Marie Calender’s (also a joke) and believe me I think I needed a cow’s stomach to burn up that mound of crap.  But all that changed once that article in The Stranger came out. I took a new consideration to the tuna melt. I mean, afterall, if you can’t expect a place to do a tuna melt right, how could you trust them with a burger?

So today, after a long strenuous escape into the mountains, I decided I deserved a decadent pub burger. I was deliberating between a southern fried chicken sandwich with a spicy collard greens pesto AND aioli or the staple BURGER. Then I saw the tuna melt, the same tuna melt that got a raving review in The Stranger’s great investigation. I asked the barman: what would he choose were he in my hungry yet curious shoes (kickingly swinging from the barstool) and he said definitely the tuna melt. That sealed the deal, I wanted to taste what that reviewer tasted.  And it went a lil’ like this: 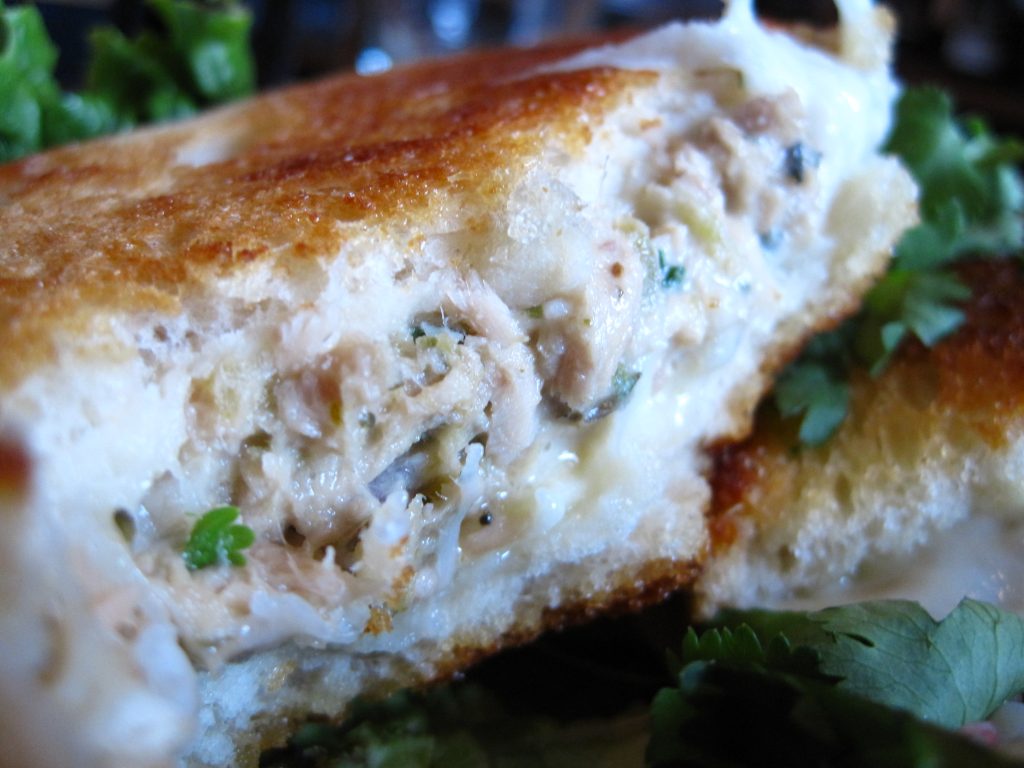 The albacore was bathed almost like a bubble bath in the mayonnaise, like it just got a makeover and a spaday. And you could actually chew up the tuna, as if there were REAL chunks of fish from the ocean. And there were little specks of green chile that seemed more like spicy chopped pickles. In a good way. 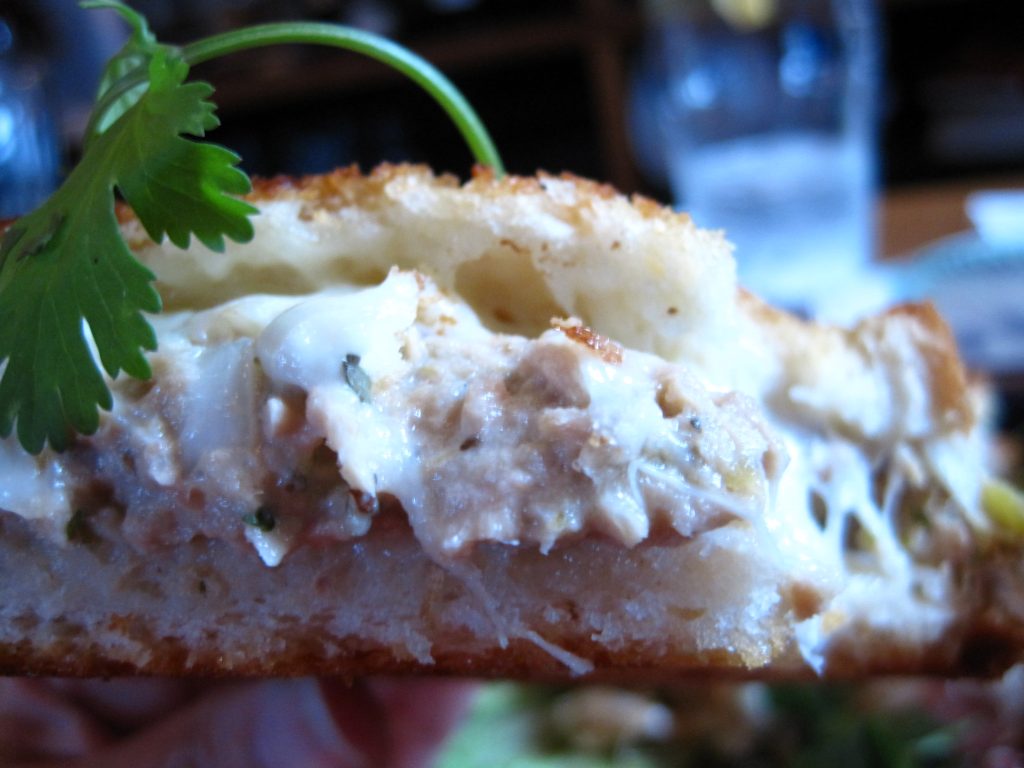 All this was grilled perfectly with a deliciously melted sharp pepperjack cheese sandwiched in crispy toasty buttery sourdough, just like mom used to make. If your mom was fancy enough to have a sandwich griller, that is. Looking back at the review David Schmader wrote on CCA’s tuna melt, he sort of crticized the bread for acting as a “bland framing crouton for the green-chili-and-albacore explosion within.” And I thought that the crispy grilled buttery (what homemade croutons do resemble I suppose) sourdough slices complimented the heck out of the “explosion” within. What more did David want? I guess you can never please a food critic. 🙂

Moral of the story is that Columbia City is pretty darn awesome with lots of undiscovered jewels (Like Columbia City Bakery?!?! I had a Bacon Date Cheddar scone just the other day that I thought I was going to faint over.) and you should one: go to Columbia City Alehouse for a delightfully crafted microbrew and a tuna melt and then pledge to make the tuna melt your gateway bite into any new (for you) brewpub, gastropub, or sandwich shop.