I just discovered something a little amazing: dark chocolate and dry Marsala: 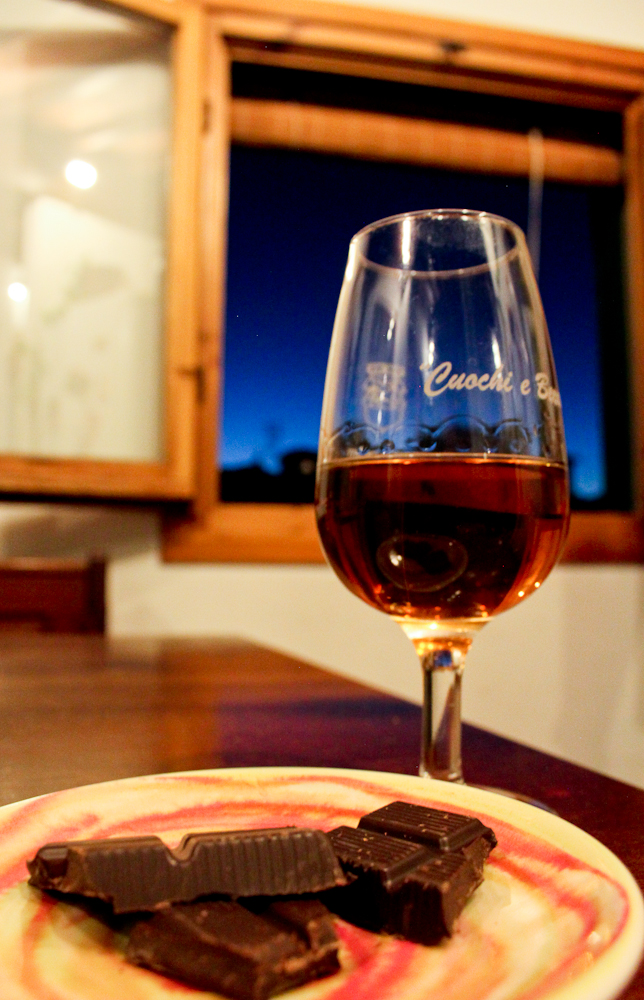 I’m just about certified in Food & Wine pairing and one of the 1st things I ever learned was: Red Wine and Chocolate is not a good pair. GASP! I’m sorry ladies, it’s true. There is too much bitter clash and the sugar in the chocolate confuses the tannins in the wine. My instructor said it best: “It’s like sex on the beach: in theory it sounds like a GREAT idea- but then you got the sand and the rocks…the reality is that it’s pretty uncomfortable.”  I mean, there are ways to pair red wine and chocolate if you really want to. Like with a bitter chocolate with low sugar content and a careful selection of red wine that has some bitterness and tannin to match. But the general rule of thumb is that chocolate pairs best with a fortified dessert wine like port or….MARSALA…

When I was just recently living in the states, the only marsala wine you found was for cooking. And unlike most wine, you don’t drink it as you cook with it. I don’t know, maybe its because how some wine is not imported well that I never believed in a marsala. So recently a friend came and made some veal marsala and left the bottle behind. I asked, what the hell am I going to do with all the leftover wine? I’m not making a tiramisu’ anytime soon. They said: drink it!

I never would have thought of that, you know.

So I poured some in my snifter, swirled it about and went through the usual motions of analysis….butterscotch, toffee, caramel, vanilla and coconut…and then gulp! Heaven! The nose proved accurate on the palate. Pretty damn tasty.

I don’t know if you can get this kinda stuff in the states- but try! The states is always improving the channels of fine imports.

Notes on the Marsala that was left so graciously behind: 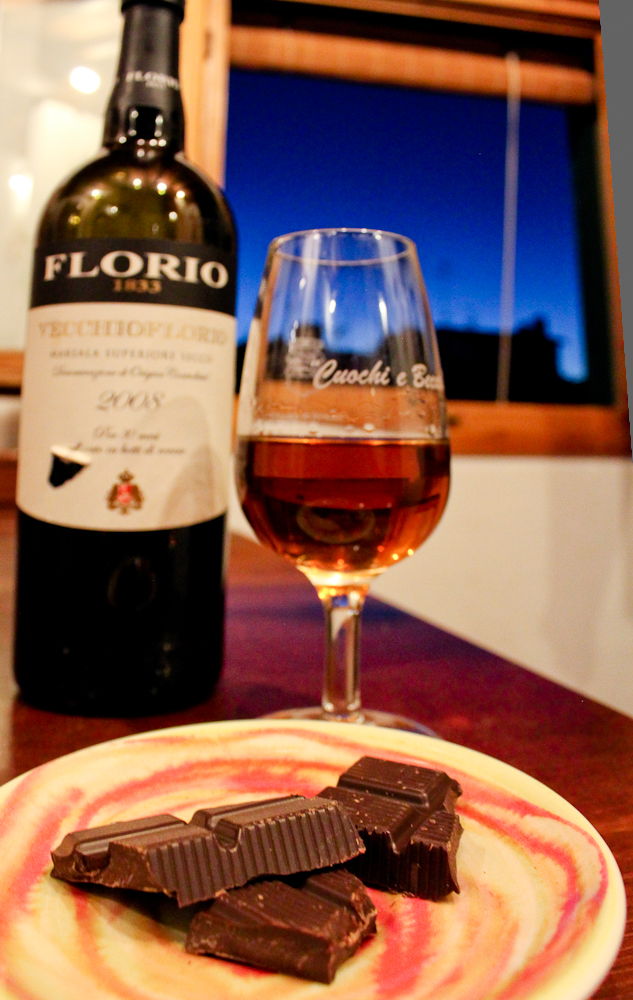